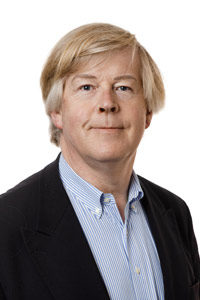 In 1988, James joined Arthur Young Chartered Accountants, Jersey, which merged with Ernst & Whinney, Jersey in 1989 to become Ernst & Young, Jersey. Between 1996 -1998, James worked for Coopers & Lybrand South Africa before returning to Jersey.  After working for various trust companies in Jersey, James joined Cavendish Fiduciary (Jersey) Limited (under its former name, Plectron Trust Company Limited) in 2010 and was appointed as a director in 2011.

James has over twenty years’ experience in the offshore arena and has responsibility for a portfolio of mainly clients with a UK nexus.

During his many years working within the international corporate and trust service sectors, James has gained specific expertise in the following areas:

In 1986, James graduated from Polytechnic of Central London, Law (LLB). In 1994  James was admitted as a member of the Institute of Chartered Accountants of England & Wales.

We use cookies to ensure that we give you the best experience on our website. If you continue to use this site we will assume that you are happy with it.OKPrivacy policy