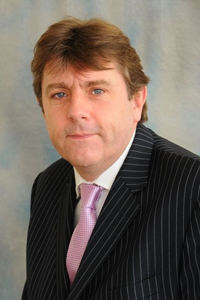 In 1993 James joined an Isle of Man Solicitors practice as a Solicitor, which subsequently became the International law firm, Appleby. The original Solicitors practice also had an associated Company and Trust Service Provider where James was a senior member of the team, and in 1994, James was promoted to Managing Director.

During his 25 plus years working within the international legal, corporate and trust service sectors, James has gained specialisms in varied client facing areas:

James graduated from the University of Buckingham as LL.B.(Hons) and was subsequently admitted as Solicitor of England and Wales and also a Registered Legal Practitioner in the Isle of Man in 1995 and as a (non-practicing) Solicitor in the Republic of Ireland in 1998.  James is also a Fellow of the Securities Institute and a member of the International Compliance Association.

We use cookies to ensure that we give you the best experience on our website. If you continue to use this site we will assume that you are happy with it.OKPrivacy policy